What are you reading?

helnonmonkspankron assistant to the assistant pao

Austin-Powers said:
I want my Phantom II
Click to expand... 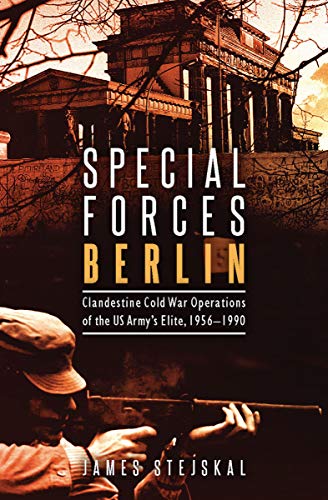 For 34 years, basically the entire Cold War, the Army had a clandestine SF presence in West Berlin, which was designed to do direct action raids behind Soviet lines after the presumed fall of West Berlin in WWIII, then spread out to try to arm and train a resistance movement while all hell was raining down on the Fulda Gap. This book is a history of the unit written by a two-time veteran of it, with as much remaining information as he could scrape together and get past the government's classification review. It's interesting to see some of the outlines of how modern SOF came to be, especially the tension between the unit's supposed UW mission when the balloon went up and all the stuff they ended up getting roped into doing while waiting for that balloon that (thankfully) never went up. I'm also a bit amused that the whole section that tries to speculate on whether their core UW mission actually would have worked boils down to "well, we don't know, because the plans were dependent on stuff getting run by CIA, and the CIA claimed they'd give us the details only if the war kicked off, so we don't know if they were good to go or totally full of shit."

There were actually two units involved. Up until the 80s, Detachment "A" of the 6th Infantry Division was the cover name for the unit whose formerly-classified actual name was 39th Special Forces Detachment. A unit commander wasn't happy with his OPSEC situation, had a formal review done, and the powers that be decided to disband that unit and stand up another under deeper cover as MPs, which sort of worked, with some drawbacks. That unit watched the wall fall, and was disbanded when the unification treaty banned foreign forces from Germany unless they were agreed upon. The powers that be decided not to declassify it at that time, but just make it vanish.

Some interesting stories about the shenanigans that would go on as the SF operators tried to case the forces of the NVA and GSFG, develop their plans, and practice tradecraft. Trouble is, they didn't officially exist, so they'd occasionally get sideways with the West German authorities, or the conventional Allied forces, being as they were a bunch of military-aged men in civvies doing squirrely shit. Some of the results read like something straight out of Tom Clancy, or occasionally a Hollywood comedy. Also, they had to deal with varying levels of support from Big Army, some of whom was flat-out hostile to the very idea of SOF in the first place, or couldn't be bothered to learn how to employ it properly. Interesting to read about the growth of the counterterrorist mission set, and how the Berlin units interfaced with other units who would come later.

There's some hair-raising stories about the unit's involvement in the Military Liaison Missions, where under the Potsdam Agreement, designated Allied forces could drive around the East and vice versa. Basically legalized espionage, and the stories describe some real Wild West shit on both sides. Including some serious US-Soviet tensions after a US Major was shot and killed by a Soviet sergeant in the 80s.

pilot
Site Admin
Contributor
I'll have to grab this.

If you ever get a chance to meet Pat McNamara and you get some one-on-one time with him, he's willing to talk about some of this stuff and it's along the same lines. Sounded like they would go across the wall pretty regularly while living in West Berlin under a complete cover.

pilot
Super Moderator
Got a number of books at Christmas:
"Upheaval" by Jared Diamond. Previous books by him include "Guns, Germs and Steel" (won the Pullitzer) and "Collapse" were quite good, this one was not up to his prior works.

"US Battleships: An Illustrated Design History" by Norman Friedman and "US Battleship Conversion Projects 1942-1965" by Wayne Scarpaci were quite entertaining. As I hope to make a few model ships in the future, they will be a good reference. Mr. Scarpaci is also an artist, specializing in naval art and rail art. If one is looking for a print or painting for their office, it merits a look. http://www.artbywayne.net

Due out Tuesday is "DisUnited Nations: The Scramble for Power in an Ungoverned World" by geopolitical analyst Peter Zeihan. His 2 previous books: "The Accidental Superpower" and "The Absent Superpower" were on numerous military reading lists. Looking forward to it arriving in the mail.

Should we stop caring about fading regional powers like China, Russia, Germany, and Iran? Will the collapse of international cooperation push France, Turkey, Japan, and Saudi Arabia to the top of international concerns?
Most countries and companies are not prepared for the world Peter Zeihan says we’re already living in. For decades, America’s allies have depended on its might for their economic and physical security. But as a new age of American isolationism dawns, the results will surprise everyone. In Disunited Nations, geopolitical strategist Peter Zeihan presents a series of counterintuitive arguments about the future of a world where trade agreements are coming apart and international institutions are losing their power.
Germany will decline as the most powerful country in Europe, with France taking its place. Every country should prepare for the collapse of China, not North Korea. We are already seeing, as Zeihan predicts, a shift in outlook on the Middle East: it is no longer Iran that is the region’s most dangerous threat, but Saudi Arabia. The world has gotten so accustomed to the “normal” of an American-dominated order that we have all forgotten the historical norm: several smaller, competing powers and economic systems throughout Europe and Asia.
America isn’t the only nation stepping back from the international system. From Brazil to Great Britain to Russia, leaders are deciding that even if plenty of countries lose in the growing disunited chaos, their nations will benefit. The world isn’t falling apart—it’s being pushed apart. The countries and businesses prepared for this new every-country-for-itself ethic are those that will prevail; those shackled to the status quo will find themselves lost in the new world disorder.

Many takeaways for leadership at the personal and the squadron level.

Hmm. Probably worth a look for my civ job. My company loves to hang onto people long-term, but then try to pivot to something new, and you discover the power of those . . . umm . . . habits.

Fantastic read that illuminates not only the life and accomplishments of Grant, but the depth and complexity of the Civil War, his tenure as President, and the amazing way he influenced the nation. Worth your time . . .

pilot
For any of you doing the homeschool thing this week, the Florentine Chronicle will either be super educational... or it'll give your kids nightmares and mess up their little heads for a long time. 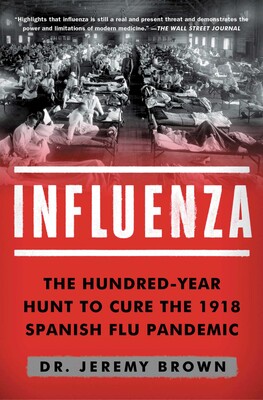 Reading this now, so far so good. One tid-bit I learned, ALL flu viruses ultimately trace back to birds. 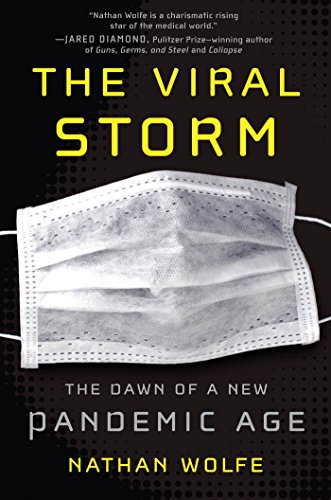 pilot
Just finished this one. A good read but mostly valuable for grasping the effort that went into a single raid and measuring the difference between effective and important. Kind of makes me glad I wasn’t an RAF Bomber Command pilot.