VMI, The Citadel, or VTCC?

AllAmerican75 said:
I've Made My Decision

This August, I will be matriculating into the Class of 2007+3 at the Virginia Military Institute. It was a tough decision, but I think I made the right one, only time will tell.

If you want to know why I chose VMI, go HERE

Are you happy with your choice to attend VMI? If you could redo anything would you?

Running the IT Help Desk

barrettf50cal said:
Are you happy with your choice to attend VMI? If you could redo anything would you?
Click to expand...

The long answer is that I was able to do a lot of growing up during my cadetship and learned a LOT of hard lessons about life and myself while I was there. Did I sacrifice some of the partying and womanizing I could have engaged in at a "normal" school? Sure. Do I care? No, and that stuff doesn't really matter in the long run. Hell, if I had gone to a "normal" school, then I would have partied my way right on out of school. What I got in exchange for that "normal" school experience was lifelong friends, near-death adventures, a unique ability to embrace levels of suck that would be considered inhuman, the ability to sleep anywhere, and an experience of a lifetime unlike any other.

It's a select few who get to wear these: 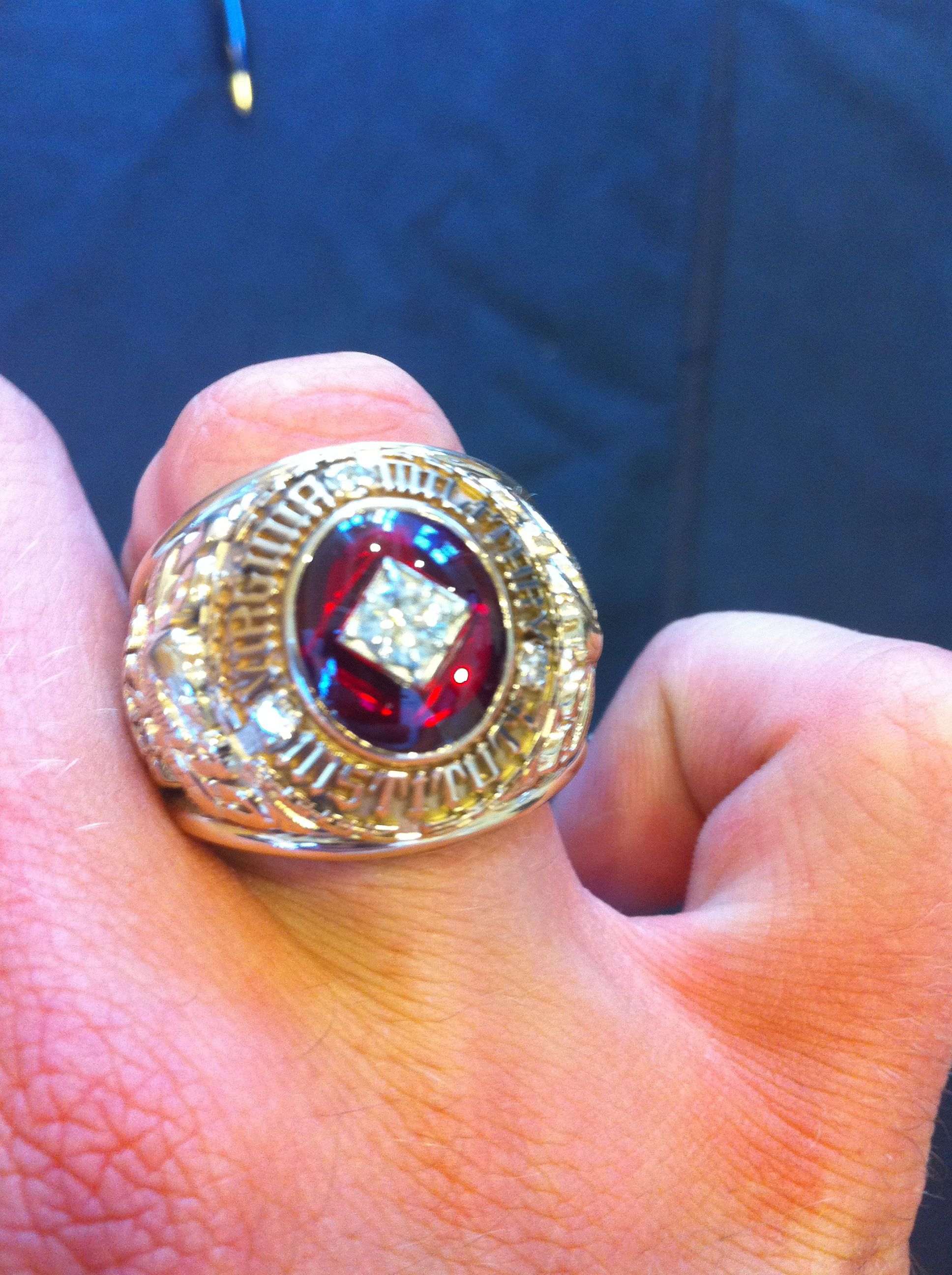 Running the IT Help Desk

Flash said:
I am sorry your experience at the Citadel was so bad, a hit against my school for such a poor performance.....

Ironically, your visit to the Citadel mirrored mine at VMI when I visited there. The faculty I visited could hardly be bothered to talk to me and what clinched it was the 4th class cadet who was more worried about getting out of parade than giving a good tour.

I would like to have a few moments alone with the cadet who gave you the tour at the Citadel, I would 'educate' him on why there is a fourth-class system in place at the school, and it is not for his private amusement. I hated guys like that at school and still do, what a moron.

I do want to give you a little reality check though. There are guys like that at all military schools, you just had a tour guide as one at the Citadel and not VMI. You run into it a lot less in the real military but I have still seen it occasionally, though it is usually quickly corrected. Believe me when I say that you will run into idiots like that at VMI.

Another thing, unless they have drastically changed their program, VMI usually 'recognizes' their rats around Feburary to March, not right after the first semester. So in reality the fourth class system at VMI is only about 6-8 weeks shorter than the one at the Citadel, not that big of a difference. The spring was not that bad knob year anyways, you were used to it by then. In reality, it did not make that much of a difference.

Of all the military schools still availible in this country, VMI and the Citadel are probably the most similar in many different ways. When I first went to flight school none of my classmates from the Citadel went down with me so I ended up hanging out with 4 VMI guys all summer. We remain good friends to this day and muse often abotu how similar our experinces were. Both schools had their good and bad points, but we generally agreed that they were equal in most respects.

Sorry again for your bad experience at the Citadel. Best of luck at VMI, just don't come crying to the forum when the Citadel schools you on how to play football........