pilot
None
Truth in advertising...I'm an Army IFE. But I'm not offended. However, having come from the Navy with more instrument time than anyone in our unit, AND being a CFII and MEI on the civilian side, I was not treated as being even equal to the IFEs in my unit. There was a lot of envy because I could take off in 0/0 according to Army rules and some IFEs could not. Because I'm primarily maintenance during the week and the company SP on weekends, I like to think I haven't been totally assimilated.

I have beat my head against the wall for 10 years and can't understand the terror look in my fellow IFEs' eyes when I bring up TACAN point to point. Trust me, the Navy has it's own bias as well, something I get reminded of quite often.

pilot
Contributor
Sort of in line as this is bout air rescue...the AF got their new HH-60 flying today. 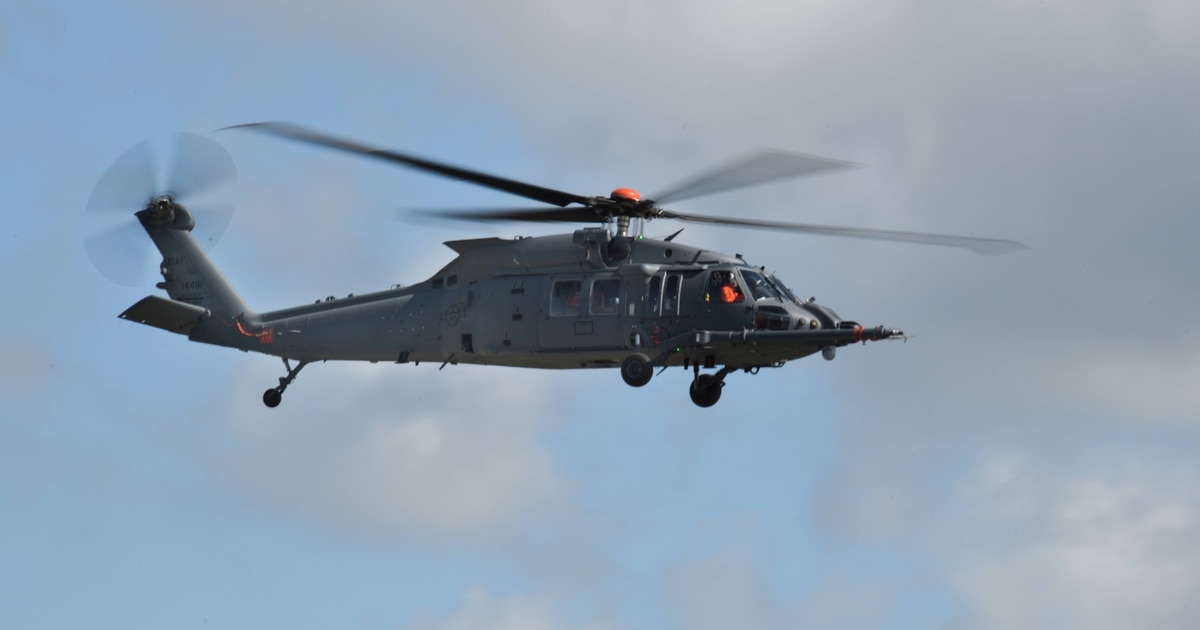 Griz882 said:
Sort of in line as this is bout air rescue...the AF got their new HH-60 flying today.

pilot
I saw one person post it above... but what are some realistic pay numbers for those of you who are flying Helos in the market now? Medevac/GOPLATS?

I made the transition to Regional Airlines back in 2017 mainly because there was so little gouge on the civilian helo market (thanks for this post!), and because they all seemed to need a thousand more hours than a 10-year Navy guy was getting out with at the time.

Regionals are paying around $50k a year now, with the possibility for growth and a future... I remember talking to guys that made the transition to the regionals in my new hire class who spoke about being 6+ years at an Oil Platform gig and still making $35k-$40k, or MEDEVAC guys not wanting to live so far from main cities?

I miss rotors a lot some days, but the work is so easy in airlines... and risk free... from reading the above I get that there are a lot of 12-14 hour days in helo land?

I routinely get 17ish days off a month at the regionals, and life is pretty grand... plus free travel. I'm curious if the helicopter industry might feel the pain from us shifting to regionals and if they've maybe increased pay/QOL? Or correct any of my above interpretations! I'm wondering on a current comparison between the two options for Helo bubbas about to make the transition and hope they can see the info that I had wished was more readily available when I got out of Uncle Sam's Flying Circus.

It pays to be a line-holder... but yeah? 14 days off is the worst I've seen for lineholders. I easily average above that. Let's see... for me:

pilot
Contributor
This month I have 15 days off. 13 of those consecutively.

pilot
Non mil trained Helo Commercial/Instrument rated pilots are entering into the HAA, Offshore, and utility workforce. We have a local helo flight school with a R-22 and R-44 - students are paying to build time (flying local tour flights). And from there they are competing for light single engine tour/charter jobs as an turbine experience step and then moving to HAA or GOM. Its crazy. Typical profile seems to be prior service enlisted or high school graduate working blue collar or service type of work and they consider $50K of HAA entry level the "big time". Lots of dudes wearing Carhartt and beards who think college is a waste of time. I'm amazed.

That's not a normal number for the larger HAA companies. I can't speak for single-engine GOPLAT salaries, but FO twin/IFR salaries are $80-90K if you can get a job (which is hard right now).


Purdue said:
Regionals are paying around $50k a year now, with the possibility for growth and a future...
Click to expand...

I don't have the inside knowledge on "all" the salaries, but for HAA, starting somewhere at $70K would be realistic for the bigger companies. Some have been lower than others, but there's also reasons why those that are higher are higher. The steps for each pay level aren't great, but keep slightly ahead of inflation. Add to that IFR pay and then any additional stipend for working at a base that has additional housing pay, and it will go up more.

I've seen housing pay as much as $10K/year, but those are in crappy places. But one man's crappy place may be near another man's home, so it's all relative. Also, IFR programs can sometimes thin the herd. Those guys that Chuck mentions may have their IFR ticket, but they have almost no actual time, and that can be an issue for SPIFR ops. There's been more than one military guy who hasn't made it through a SPIFR syllabus or checkride.

Mind boggling their operating budget and how the state funds what has to be the finest pubic service helicopter fleet in the US.

ChuckMK23 said:
Mind boggling their operating budget and how the state funds what has to be the finest pubic service helicopter fleet in the US.
Click to expand...

It's been a point of pride for Marylanders for a long time, and state leaders and taxpayers have been willing to foot the bill for it.

pilot
Contributor
Now, this lady got a real helicopter ride!

This probably isn’t the worst helicopter rescue of all time, but it’s enough to make a person consider whether it wouldn’t be preferable to die of exposure on a desert mountain, slowly baking to death under a relentless sun.