U-2 Pilot Goes to Space

pilot
Contributor
Haha, I figured there might be a document that he'd like me to read before I start asking questions.

Jim123 said:
Make friends with Huggy. His hobbies and interests include airplanes and being a pilot.
Click to expand...

So it's not a big leap of logic to assume he could be plied with liquor and/or compliments on his pilot skill, humor, and attractiveness to the opposite sex?

wlawr005 said:
What's the best source for information regarding the selection process?
Click to expand... 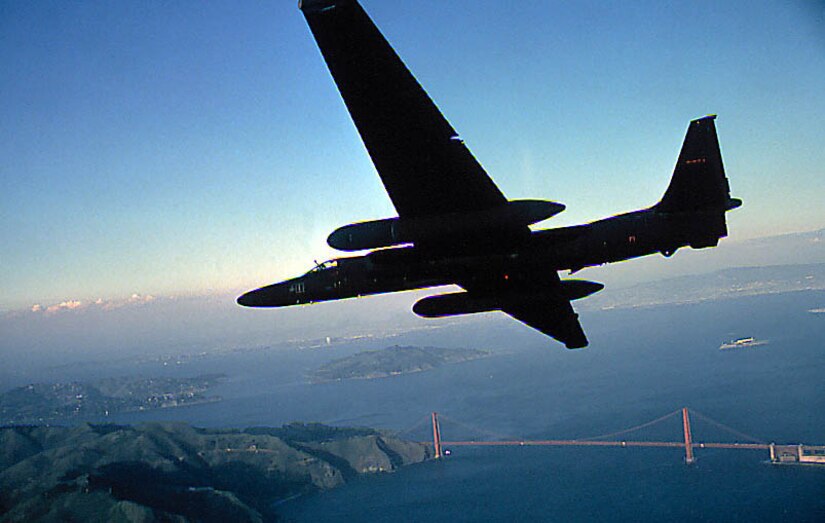 ---- FLYING THE "DRAGONLADY" ----The 9th Reconnaissance Wing is looking for a few officers with the professionalism and flying skills necessary to pilot the U-2 "Dragonlady", and provide our nation's
www.beale.af.mil

It was updated in 2012 but the info is still accurate.

The dude (T-Bone) running the assessment program was super helpful. I applied last year as a Hail Mary and was given a polite ‘thanks but no thanks’ since I only have about 300 fixed wing hours total.

I also spoke with several former gold wingers that fly there now so if you do actually apply, you’ll have familiar backgrounds with a few folks there.

None
Feel free to pm me if you want more info. I will do what I can to get you in touch with T-Bone, and with the former Gold Wingers out there. There are couple going through training at this time.
I still teach academics in the squadron a couple of days a month as a contractor.

pilot
Contributor
For sure, thank you. I still have 3 years until my MSR, I was just interested in the process.

Far from this opera for evermore...

pilot
@HuggyU2 : With the retirement of the U-2 being kicked down the road several times over the past few years, how much longer do you expect the program to be taking in new pilots?

sevenhelmet said:
@HuggyU2 : With the retirement of the U-2 being kicked down the road several times over the past few years, how much longer do you expect the program to be taking in new pilots?
Click to expand...

I was running U-2 Recruiting at the time and told the potential U-2 applicants (and also posted on a few websites) "Don't worry... the last U-2 pilot isn't out of elementary school yet.". That said, having Lt Gen Cartwright, USMC, become Vice CJCS didn't help us during his 4-year reign of U-2 hatred, but we survived.

Without boring you with a year-by-year analysis, here we are in 2019... and after 14 years of limited funding, DoD and US Intel have figured out they really love the U-2, and they would like it to have upgraded sensors to put on the airframes we have, which have tons more life left in them. As such, money is apparently being allocated, and there is a lot going on in U-2 land with increasing the capability. I mean a lot.

As it turns out, my "not out of elementary school" analogy is accurate. However, I'd say it could easily have been "not out of diapers" and I'd be right.

So... to answer your question, SevenHelmet, drop an application on T-Bone's desk and some join the other 35ish Gold Wingers that have made the U-2 their happy spot.

pilot
None
Contributor
FWIW there is a Harrier dude from MAG-14 who was recently selected and headed that way. So guys are definitely still going that way from the gold wing world.

pilot
None
Most Gold Wingers I've seen at Beale since maybe 2013 or so, when they did away with the IST for a few years. Now that I'm on terminal leave, the senior Navy guy resides at one of our FOL's. Keep applying; the IST's I've seen come through lately for interviews have been solid dudes, we need more of 'em.

pilot
None
Being on the staff of the O-6 in charge of the flying squadrons, I can tell you that the U-2 will be around well into the next decade. Tons of money being put into the program right now and for the foreseeable FY's. The AF is desperate to bring in new folks, so hopefully they don't mess with the IST program.
H

It'd be more impressive if it was an S-3.

scoolbubba said:
It'd be more impressive if it was an S-3.
Click to expand...