“AIRRAID ON PEARL HARBOR X THIS IS NO DRILL.”

Very close. It was Measure 1, the default color for the USN if there were no further instructions. Pretty funky looking.

pilot
Super Moderator
The 77th anniversary of Pearl Harbor today. For the first time in many years, no survivors of the USS Arizona were present (only 5 are remaining). 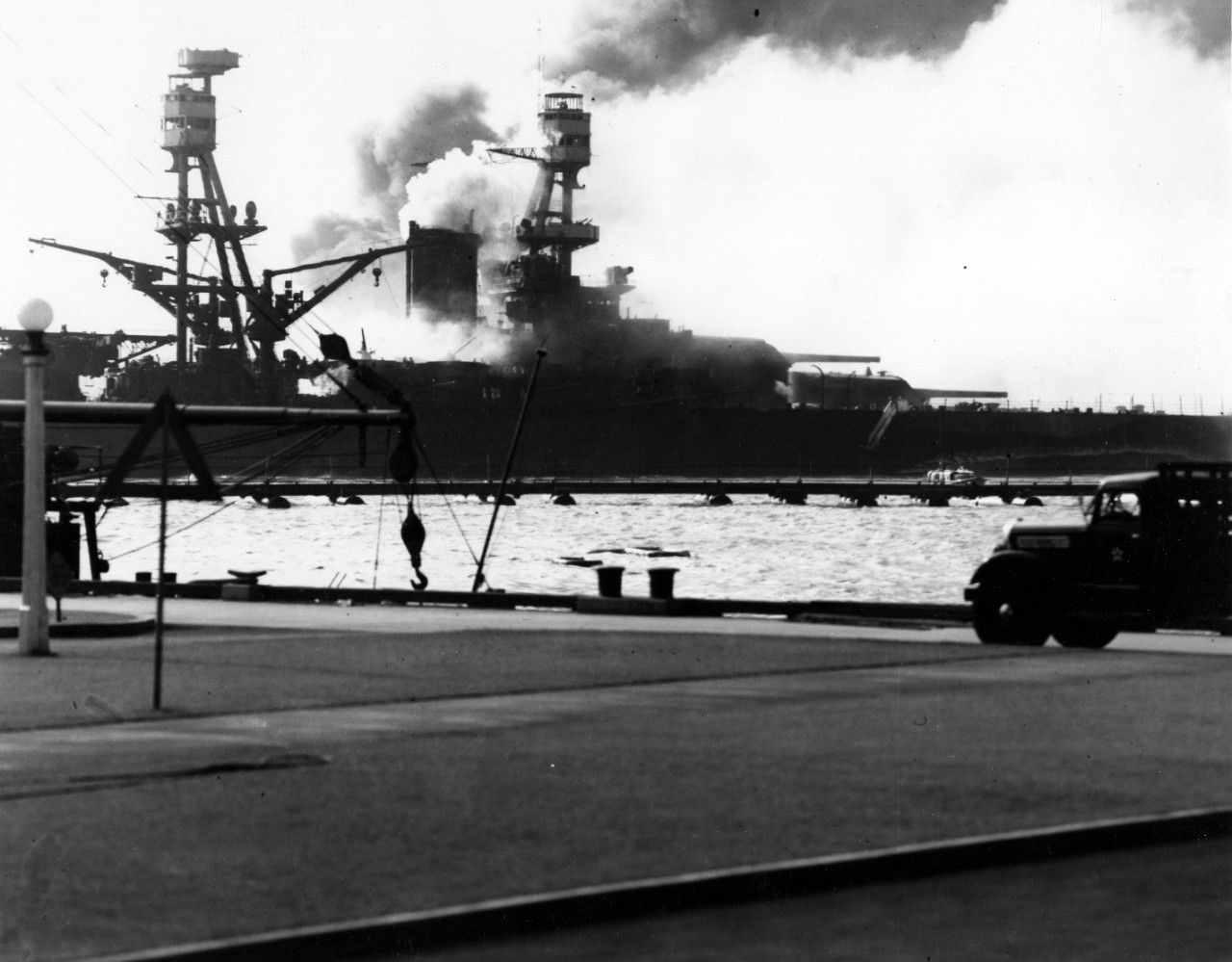 USS Nevada (BB-36) heading down channel, afire from several Japanese bomb hits, as seen from Ford Island during the later part of the attack. 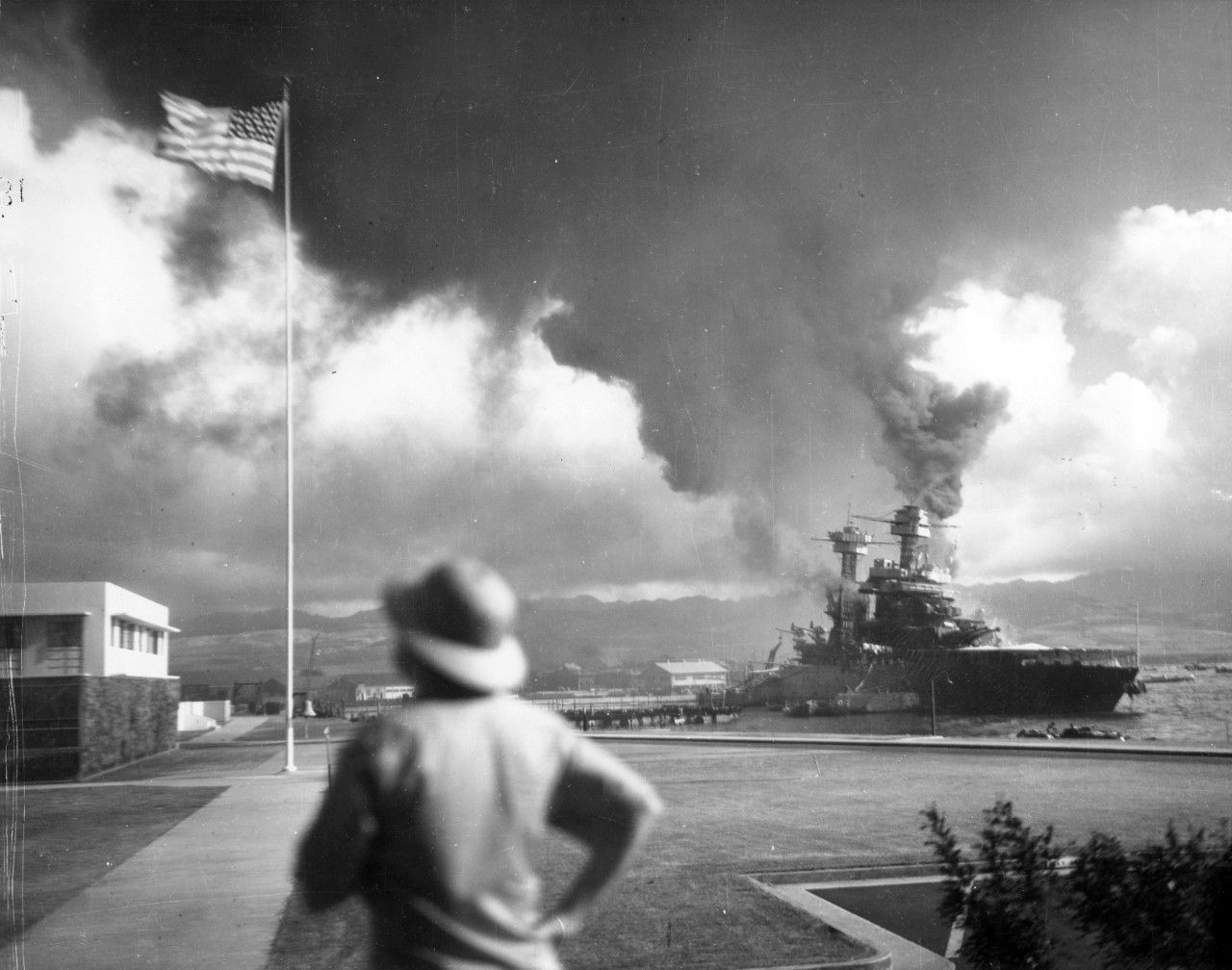 The scene on the southeastern part of Ford Island, looking northeasterly, with USS California (BB-44) in right center, listing to port after being hit by Japanese aerial torpedoes and bombs during the raid on Pearl Harbor. 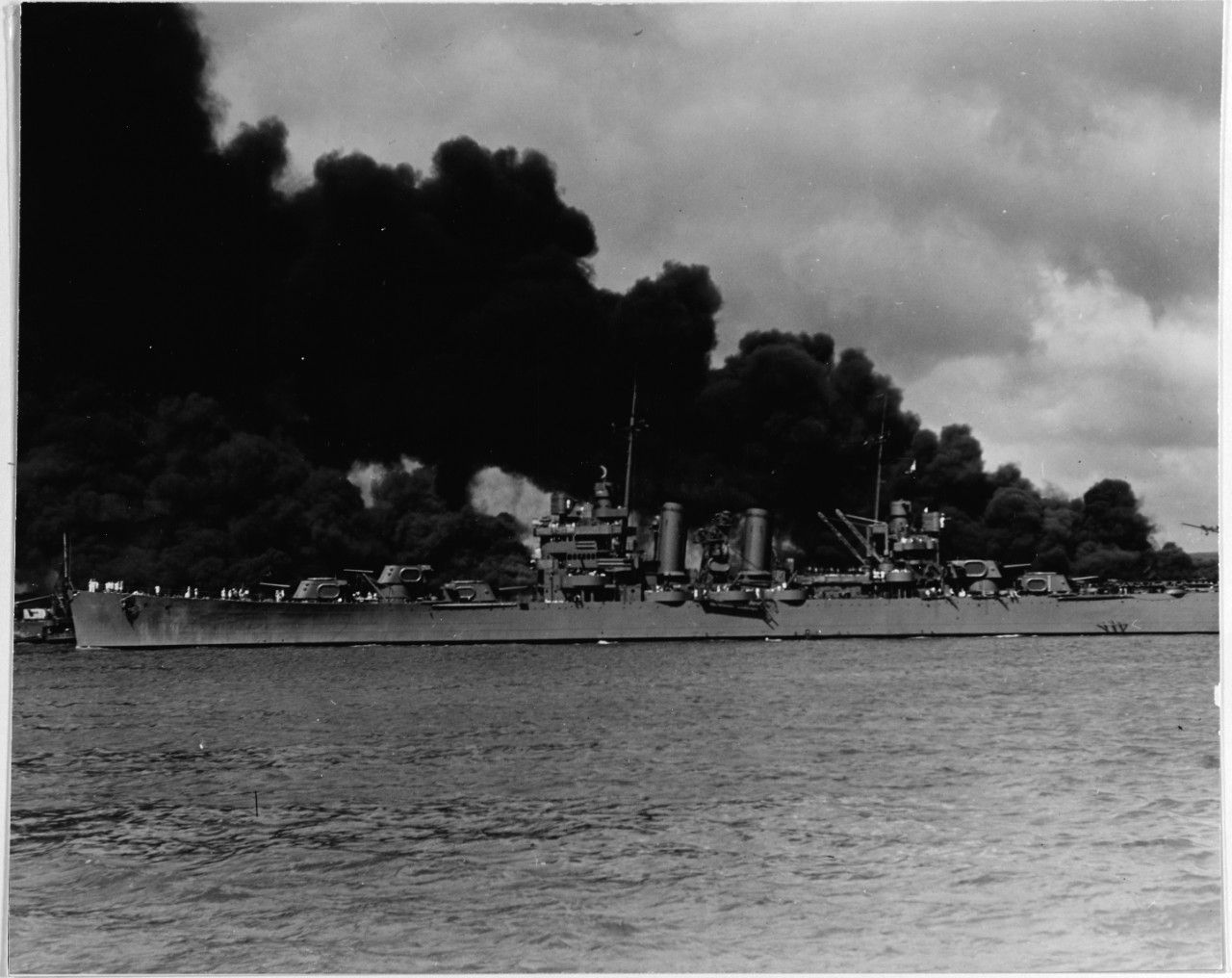 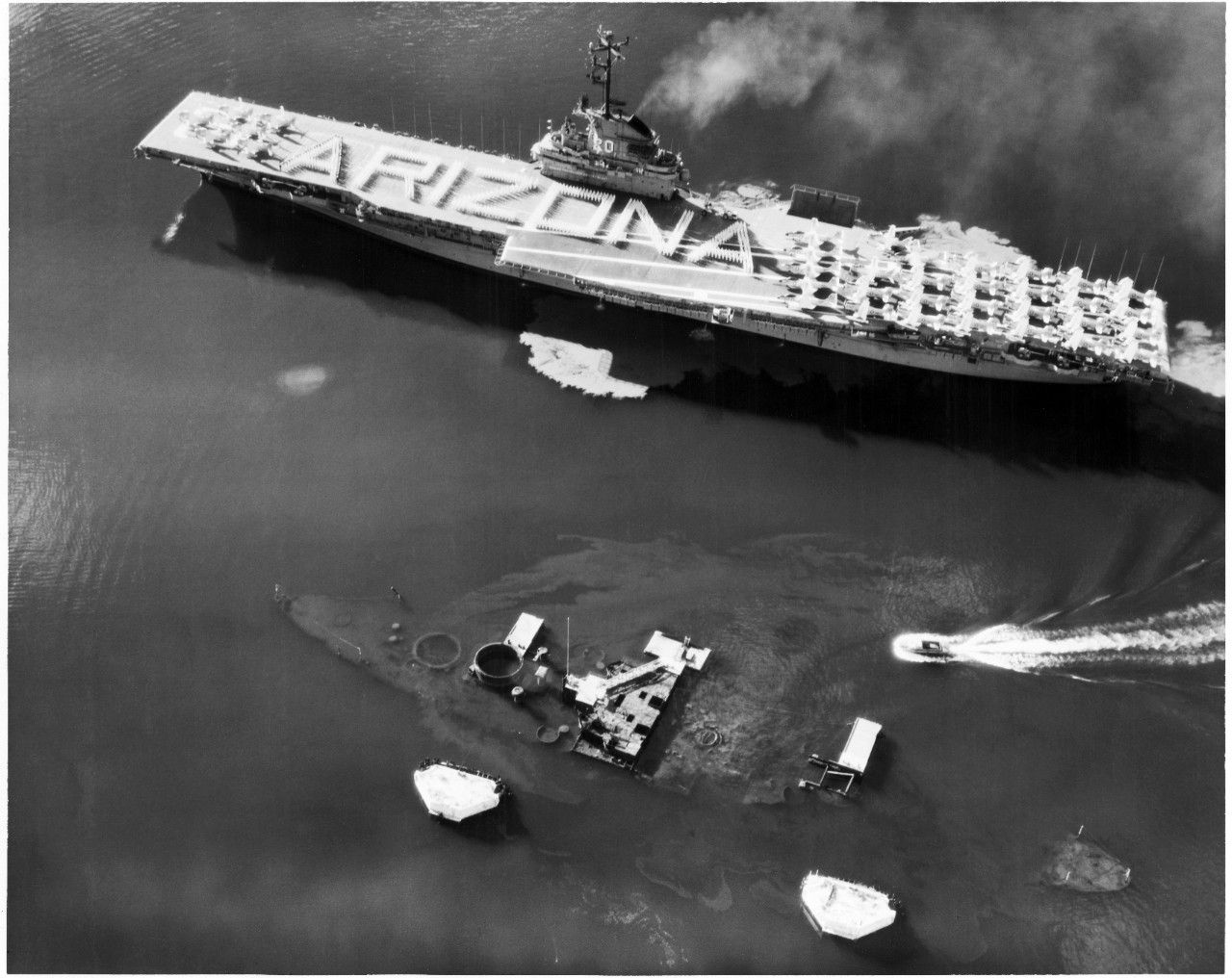 pilot
There is an interesting story about a planned B-24 recon mission to find the Japanese fleet in today’s Washington Post.